Oceans: Acceptance, Decision, and Action are a Single Package - Earth, Nature, and Weather 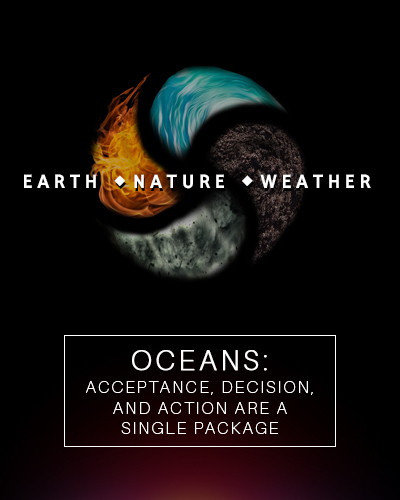 “Just following orders” is something we have heard throughout history - when individuals place responsibility into the hands of a higher authority instead of realizing their personal part in the consequences of their actions.

It was a similar moment of realization for the oceans when they realized how much consequence had been created not only for themselves, but for everything they touched.

In this recording, the oceans shared that moment of acceptance, decision, and action; and how in one moment, they set themselves on an entirely different path.